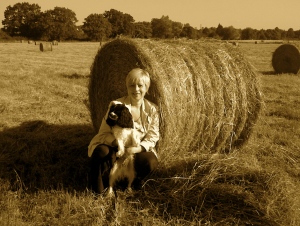 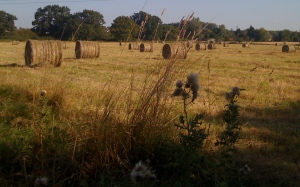 Here it is – further evidence of autumn. Andy took these photos with his iphone when we were walking Pickles yesterday afternoon.

Our favorite neighbor, Diana, isn’t well due to various stressors in her life having to do with family. Diana lives with Pickles’ boyfriend and we miss them both terribly. Each day when we walk past Sam’s house, Pickles whimpers and strains to get to his front door. I always have to encourage her to move on and I tell her that maybe some other time we can visit Sam and Diana.

Last week I had to go to a class which would have meant Pickles staying home alone for three hours in the evening and that’s just too much for her, especially having been alone all morning while I’m at work. I reluctantly called Diana and asked her to watch Pickles and she adamantly said “YES!” But I was careful to note that if it was too much for her then she must say no to us and Diana immediately said, “Oh dahling, it’s not the dogs that are the problem… it’s the people. They’re the problem. Never the dogs”