My writing  is slowing down here and it’s because I’m volunteering for a local political campaign for the National Health Action Party. I have been out, almost every day, with the candidate and other workers to try and get some name recognition for her and to raise public awareness of the lack of funding for and the increasing privatisation of our health service. That’s it in a nutshell.

Pickles stays with Diana when I am out for the day, and last week, when I collected her from Diana’s house, I was escorted to an upstairs window and shown a newly constructed shelter that Diana insisted be made for a pigeon (her name is Peggy) whose nest was exposed after the gardener cut back all of the chestnut trees in the front of their house. 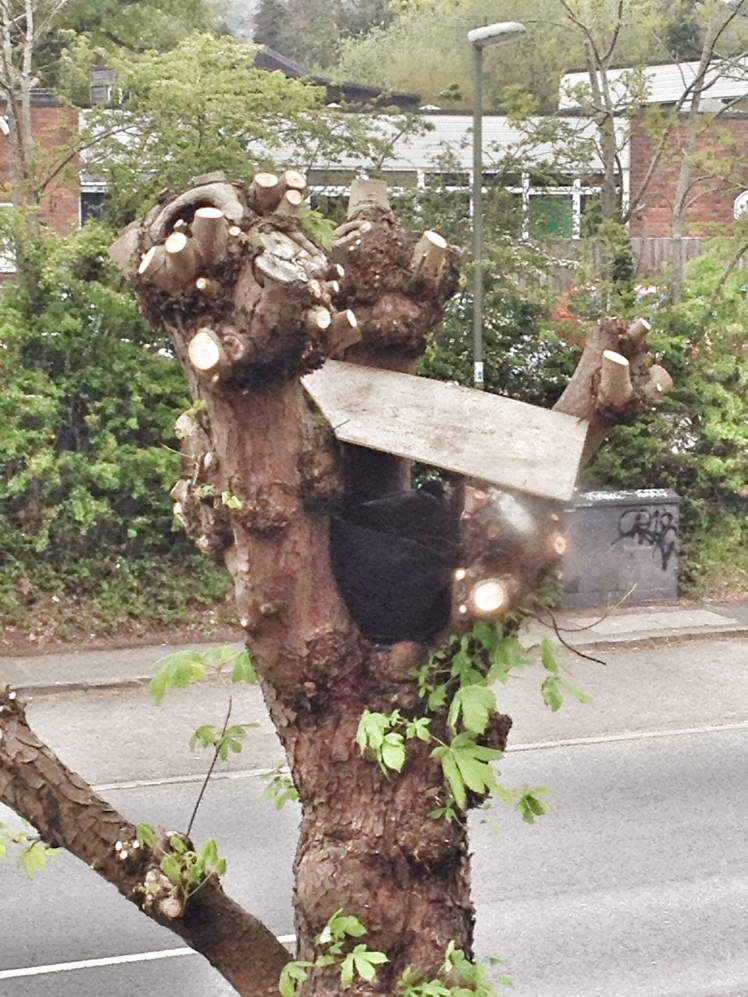 I don’t think you can see Peggy in this photo but trust me, she was happily nesting in her little home with a new roof that Steve carefully constructed.  Diana got many eye rolls from her husband, son, and neighbours, but she didn’t care one bit.  Watching this nesting bird gives her great delight and satisfaction and isn’t it these simple, ordinary things that make our days extraordinary, after all?

An early morning photo of the river that runs through town. 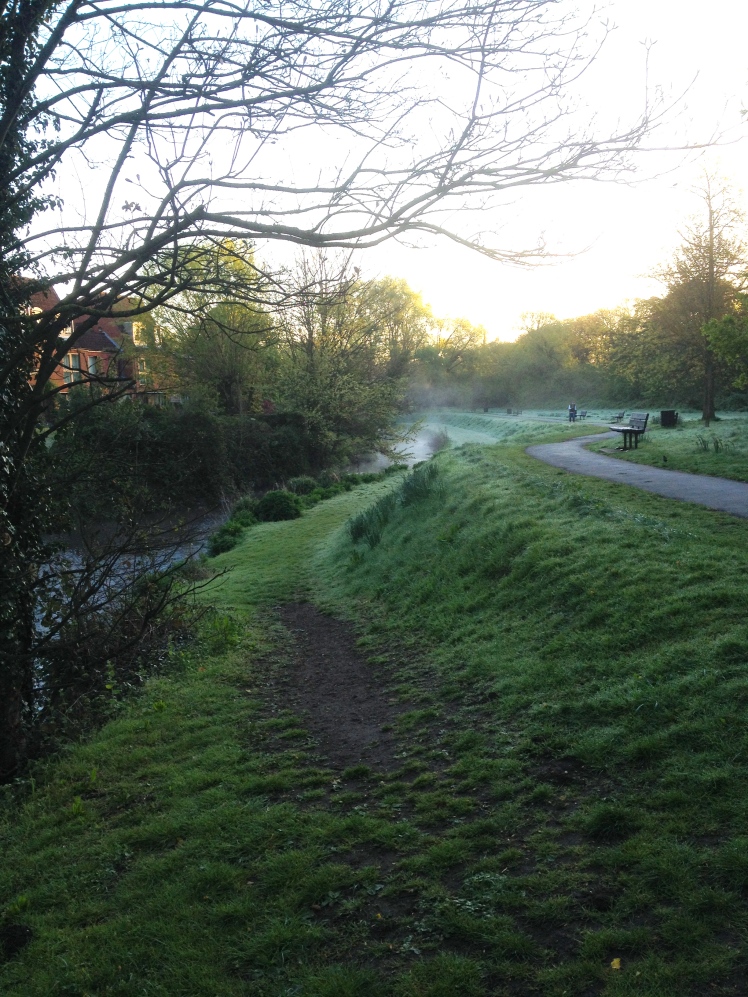 Guess who came to my house over the weekend? She is a grown up girl now and was great company.  We went to the town Fun Fair and spent a whole afternoon there on Saturday.

Also on Saturday, Andy joined the campaign team and had a chance to chat with the town mayor. He is an impartial public servant so he was not campaigning but he is a gracious, thoughtful man and we enjoyed meeting him. 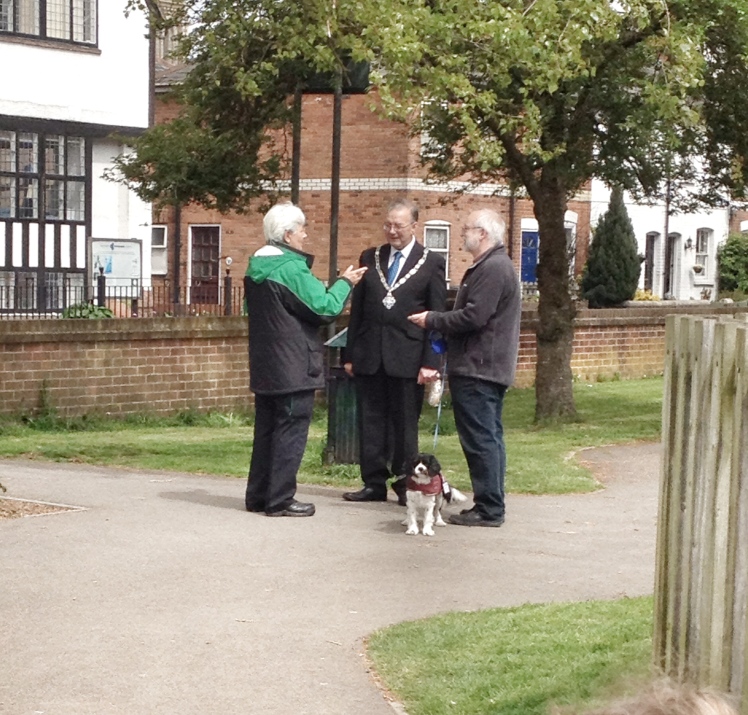 More photos of the campaign… 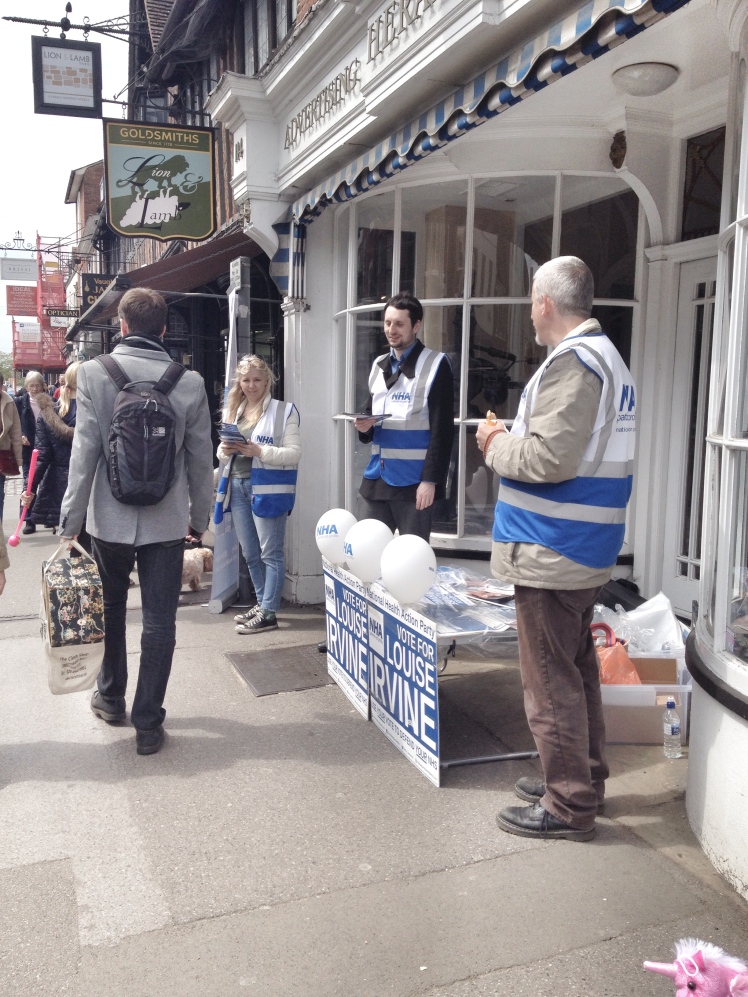 The elections are this Thursday and whether we win or lose, it’s been a fantastic experience. And seriously, Louise Irvine is an amazing human being and candidate.

4 thoughts on “One Fine Week and Then Some”