Some plants for my garden. Poppies, Lupins, Lavender, Rosemary, Mint… 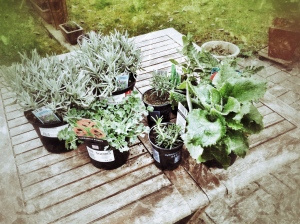 That’s right. I’m going to plant these wonderful living, growing things in my back garden and I’ll say a little prayer over them and then it’s really a miracle if they survive until mid-summer. Except for the Lavender. It’s very hardy.

Finally, it’s St. Patrick’s Day. As a former New Yorker, I can tell you that it’s a big day in the city, complete with parties, green beer and a big parade.

About that parade, though. The organisers exclude LGBT groups from participating in the parade — and every year the more progressive and inclusive citizens try to pressure the parade organisers and yet, the door is slammed shut.

I was so pleased to read that Guinness has pulled its sponsorship of the St. Patrick’s Day parade, costing the parade organisers a bit of money and a lot of embarrassment. 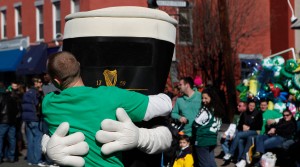 Also, Mayor DeBlasio refused to march in the Manhattan parade and instead walked in the “St Patrick’s Day Parade for All” in Sunnyside, Queens, which also happens to be where my very dear friend, Teresa lives with her partner, Donie, WHO IS FROM IRELAND.

Happy St. Patrick’s Day!! Now go drink a pint of Guinness and if you don’t drink, then send them an email thanking them for doing the right thing.

“Being Irish, he had an abiding sense of tragedy, which sustained him through temporary periods of joy.” ~ W. B. Yeats