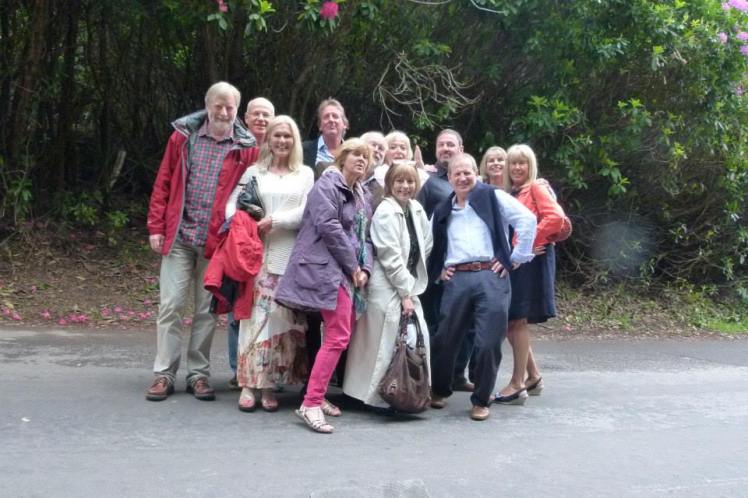 This is the bunch of maniacs with whom I spent last weekend. They nearly killed me, just so you know. I’m still recovering.

These people look age in the eye and spit.

We started off with bowling, biking and swimming.
The next day it was tennis, archery, swimming and biking.
And the following day: Badminton and table tennis. There was also a tree-top ariel adventure somewhere in between. 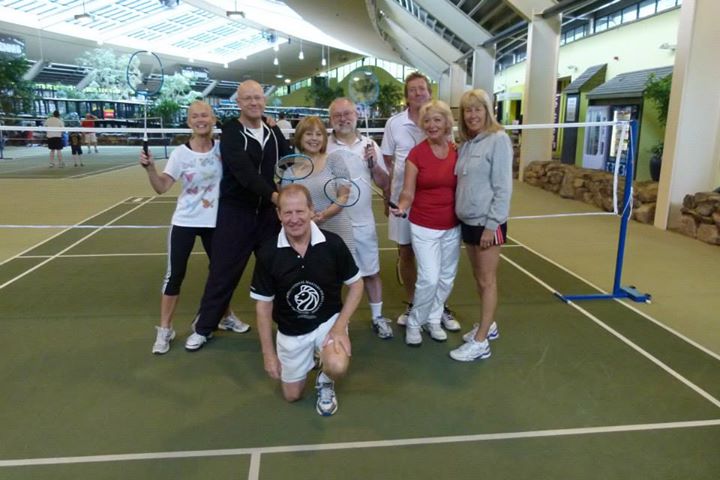 On the last night of our full-on, action-packed weekend we all went out to a restaurant for a last hurrah. AP and I were both so tired that we excused ourselves shortly after the meal and tucked our tail(s) between our legs and scurried back to the villa where we were asleep almost before our heads hit the pillows.

Not so for our comrades. They carried on well into the night. So much so that when AP and I met them in the kitchen the following morning a few of them were a little green around the gills. Apparently some vodka and tonics were involved…maybe some whiskey. During the course of the drinking, our friend, Derrick, became known as Denzel and our other friend, Nick, was renamed Ian. We don’t know why. They don’t either. These things happen.

When we left them they were all heading down to the sports centre to play more table tennis before heading home. And they all had hangovers.

People –this is sixty.