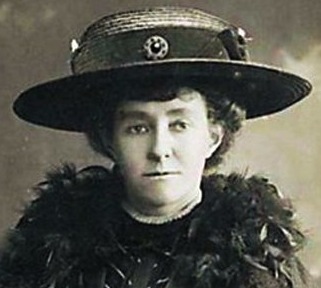 Those were the words that Emily Wilding Davison wrote to her mother in describing forced feeding while on a hunger strike in prison.  She was a Suffragette.  She fought for women’s right to vote in England and died while putting herself in front of the King’s horse in the Epsom Derby.  She was trying to petition the King for a women’s right to vote and used the Derby to bring attention to her cause.

The Suffragettes were actually quite violent in their means to gain the vote.  They resorted to arson and destruction of property in addition to acts of civil disobedience.  They turned the Edwardian establishment on its head.

When they were arrested and put into prison, they started a hunger strike.  At this time they were force fed by a doctor, while policemen held them down and a warden observed.  It was painful and dangerous and many of them suffered the rest of their lives as a result of forced feedings.

One very interesting (but not surprising)  fact that I learned from last night’s program was that the media participated in cover-ups and false reporting surrounding the demonstrations and arrests of the women.  They were also found to doctor photos so that it hid various actions of the police towards the demonstrators.

Also, the police often spied on or surveilled the Suffragettes.  This was when photography was just coming into its own and images were easier to capture.  The Suffragettes were followed and photographed and tracked.  Such was the threat to the male establishment of powerful women, demanding human rights.

This story parallels so many things going on today that the irony is not lost on me.  It only makes me more grateful to the brave people who stand up and take tremendous risks to bring attention to great injustices going on right before our eyes.  And I will be ever mindful of the women who fought so hard to give me a place at the table.  I was moved to tears by this story.

6 thoughts on “…And it Hurt Me Very Much”