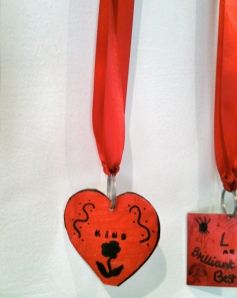 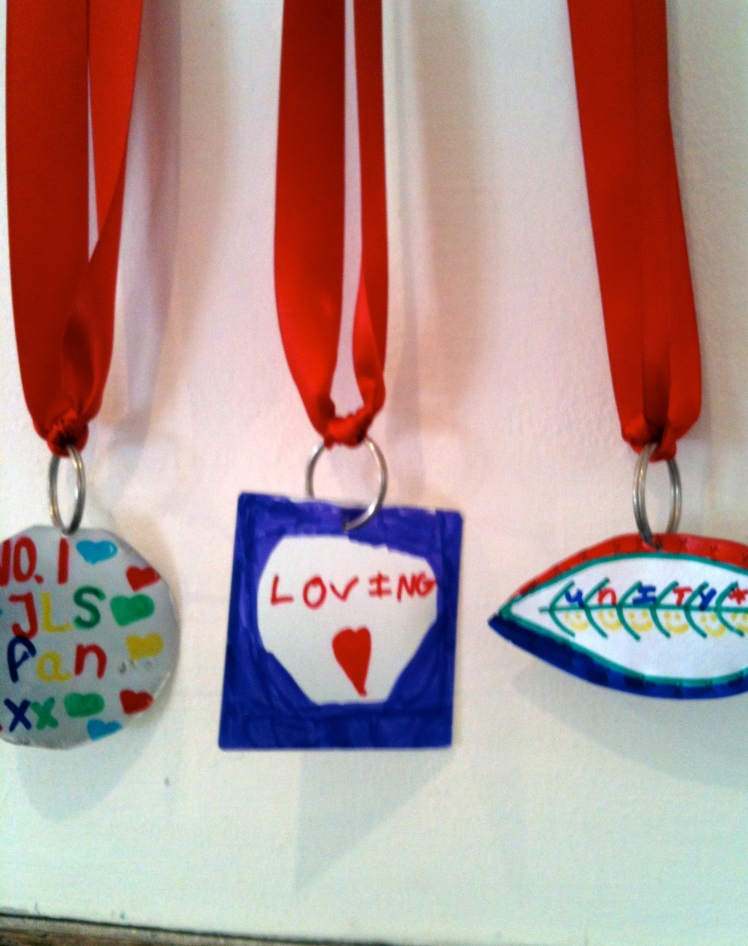 Today we visited the New Ashgate Gallery here in Farnham because they are having a fundraiser. AP was especially moved by an exhibit that featured special medals that children made as a hat tip to the Olympics. Instead of medals for fastest swimmer/biker/runner, these medals are for being kind… for being hilarious…for being a best friend.

Wouldn’t it be nice if there were an Olympics for best in humanity? Oh I know… that’s so corny. But it made AP tear up. 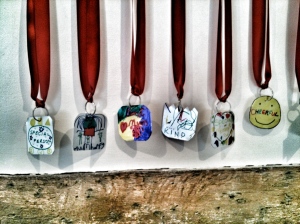 3 thoughts on “And the Medal Goes To…”