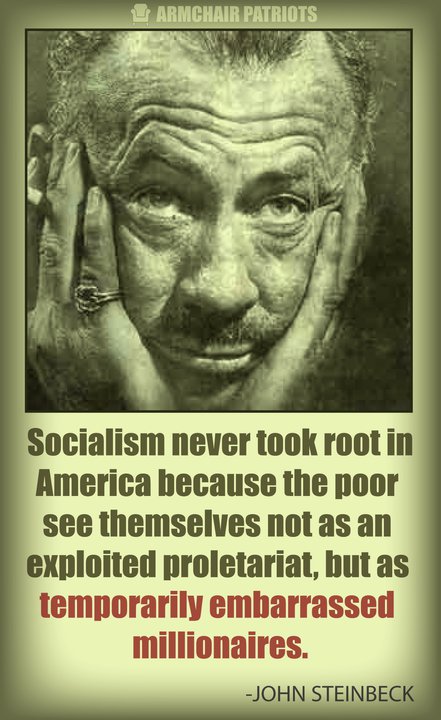 The other night I happened upon a Facebook thread in which — shall we call him John R (because that was his name) — referred to President Obama as “Hussein”. When I questioned him about this reference he refused to answer me but it brought up a hailstorm of criticism from other commenters.

John R was the lone right winger, racist, Islamophobe and fear monger on the thread yet he dug in and persisted. In his long screed he noted that he greatly admired Bush & Cheney; that the Iraq war was necessary to fight; that the bad economy was Obama’s doing; and that, even though he was not a wealthy man…”scraping by week to week”… he fully supports the conservative agenda of low taxes for the rich, no government oversight, and less government all together.

The tone of the thread was rancorous and I only have one life to live and how long can one argue with someone like that? So I bowed out… I said, “peace and good luck.”

At that, John R. turned his caps on and yelled at me:

“LUCK HAS NOTHING TO DO WITH IT. IT’S HARD WORK AND AMBITION!”
(ME) – “oh yeah? Then why are you scraping by week to week? Lots of poor people work hard.”

And this is what puzzles me… if it’s really all about hard work and ambition, then why aren’t more people in the red states wealthy? I mean… I’m assuming that they all work hard.

One thought on “Righty Tighty Whitey”