Costco is not new to the U.K. but it isn’t widely used as a shopping outlet because the rules are slightly different here regarding membership. However, I have a Costco membership from the U.S. that I’ve carried over here and so occasionally I use it for large shopping ventures and it has come in very handy when throwing parties and for big family dinners.

There’s another reason that I value my Costco membership, though, and it has to do with a little story about a Eurostar trip to France with my friend, Kim (known to us as Kim2) and a side trip to Belgium wherein I left my passport in the French hotel.

So I hopped on the train for a day-trip to Brussels and had a whopping good time. We had lunch in a lovely restaurant, visited an antique market, walked around the city and photographed the architecture. We bought chocolates.

And then it was time to leave so off to the train station we went. And when we got to the Eurostar terminal there was a big sign that said “PASSPORT CONTROL.” When we got to the immigration officer my voice went up about three octaves and turned into this squeal. Then Kim2 joined in and we both excitedly explained what happened except all I remember saying is, “passport in the hotel…the man told us.. the man in France said… we asked! and he said!…”

So the immigration officer asked if I had any photo identification at all and I opened my wallet and began to claw at all of my credit cards and store courtesy cards tucked away in the folds. And then I found my Costco card from the U.S. which has my photo embossed on the back. I held it up, next to my face, and smiled and said, “see? It’s me!”

And so I was allowed on the train and back into France courtesy of my Costco membership card. 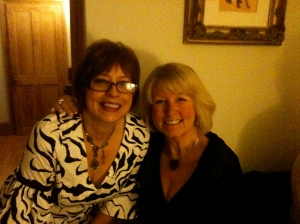 Diana and I went to Costco today! (Hence the walk down memory lane.)

5 thoughts on “Costco Saved my Bacon in Belgium…”